Landscape protection in the UK

The National Parks and Access to the Countryside Act of 1949 contained the legislation which made possible the creation of National Parks in England and Wales. National Parks are extensive areas each with their own managing authority, charged with conserving and enhancing their natural beauty, wildlife and cultural heritage and promoting opportunities for the understanding and enjoyment of their special qualities.

The 1949 Act also provided for the creation of Areas of Outstanding Natural Beauty, precious landscapes whose distinctive character and natural beauty are so outstanding that it is in the nation’s interest to legally safeguard them in a way that can stimulate special policies for controlling development and encouraging proper land management. The Gower peninsula was the first AONB, created in 1956, and there are now 40 others.

Though AONB creations have continued at intervals since the 1950s, additions to the list of National Parks have been harder to achieve. The Norfolk and Suffolk Broads Authority was created in 1988 by special legislation, but enjoys similar powers to National Park Authorities, and is usually referred to as the eleventh NP. More recently the New Forest became a National Park in 2005, and the South Downs in 2010.

Scottish legislation since devolution has paved the way for National Parks in Scotland, and two are now in existence: the Cairngorms and Loch Lomond and the Trossachs.

If you pick up a relief map showing the National Parks and AONBs of England and Wales, you will quickly notice one large upland area which has neither; that’s Mid Wales. If you’ve never been there, you might well conclude – and who could blame you? – that Mid Wales is some kind of barren, dull wasteland that deserves no protection. But you’d be wrong. 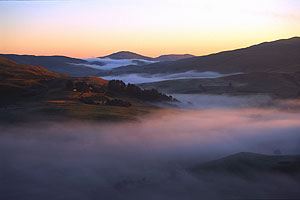 In 1965, long before the Welsh Assembly came into being, the National Parks Commission decided that the Cambrian Mountains should be Britain’s eleventh National Park; in 1972 the Countryside Commission (NPC’s successor) made a National Park (Designation) Order for confirmation by the Secretary of State for Wales. 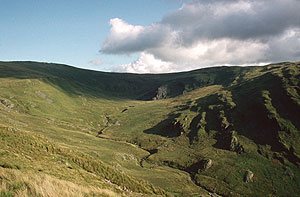 In making the Order, the CC considered the landscape to be of [UK] national significance. One notable quote reads:

“… cut by deep wooded valleys and gorges, their rolling moorlands are colourful at all seasons and are one of Britain’s loveliest and most attractive countrysides …. attracting discerning visitors in increasing numbers who appreciate that this ‘spirit of Wales’ is the equal in beauty of many existing national parks.” 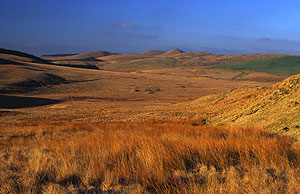 So what went wrong?

The Order was opposed by most of the affected local authorities, and by farmers, and in 1973 the Secretary of State, Peter Thomas, finally announced his decision not to confirm the Order, to the shock and outrage of the Countryside Commission. The idea was dropped; and it has never been revived, either by the Countryside Commission, or by its successors. The Cambrian Mountains are left in limbo: one of the finest landscapes in England and Wales, undeniably worthy of National Park status, and yet completely unrecognised and unprotected, on the whim of a politician. 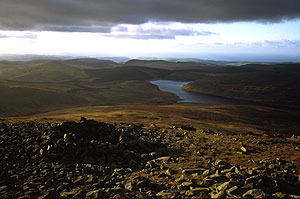 In announcing his refusal, the Secretary of State for Wales listed nine reasons put forward by objectors to the Park proposal, the last of which was that AONB status would be more appropriate for the Cambrian Mountains than a National Park. With the hindsight of 40 years, it might seem surprising that the Countryside Commission didn’t try to salvage something from 8 years of work, by proposing an AONB. But at that time the Commission must have felt that such a move would only end in another embarrassing rebuff.