People and the Landscape 3

Agriculture in the last hundred years

Apart from that land which is covered by water, the physical landscape of the Cambrian Mountains was, until the 1940s, almost exclusively given over to agriculture. Agriculture it was therefore that shaped that landscape, by clearance of scrub, by drainage, by grazing and by human occupation. The changes that have taken place since the war – and the changes that threaten in the future – are largely associated with the decline of agricultural prosperity and employment. 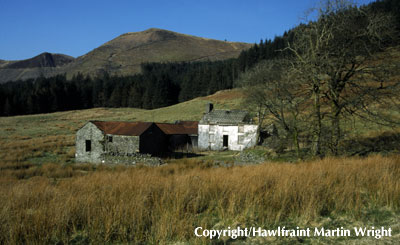 Expectations are that financial pressures on agriculture will be at least as intense in the future as they have been in the past. The Environmentally Sensitive Areas (ESA) farming support scheme, introduced in the 1980s, encompassed most of the Cambrian Mountains area, but is now being phased out. In addition, there is uncertainty at present about the future of the Tir Mynydd agricultural support scheme for farms in Less Favoured Areas.