The map below formed part of the report of a Royal Commission set up to investigate the causes of the Rebecca Riots of 1839 to 1843. These were a series of violent protests by poor farmers in Mid and South Wales against the high tolls charged by the Turnpike Trusts. The report led to the passing in 1844 of the Turnpikes Act, which consolidated the trusts, and simplified the rates. Click the image to enlarge it. 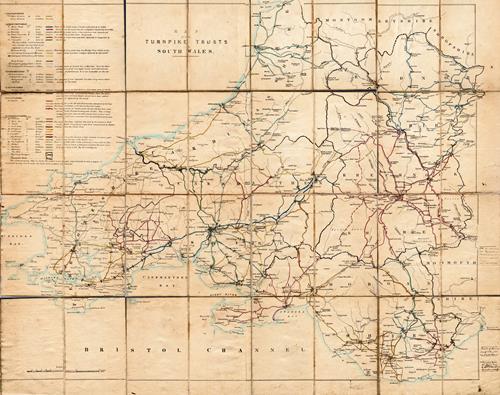